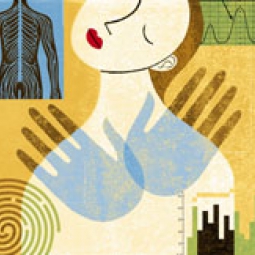 In 1974, the U.S. Congress reported—“this would be an opportune time for an 'independent, unbiased' study of the fundamentals of the chiropractic profession. Such studies should be high among the priorities of the NINDS—-“. After consultation with professional and scientific leaders in chiropractic, osteopathic medicine, and conventional medicine, and with the consent of the involved members of Congress, it was agreed that the focus of the NINDS/NIH review and analysis would be research on manipulative therapy, rather than issues relevant to professional education, clinical practice, or licensure.

On February 2-4, 1975, a research symposium organized and conducted by the National Institute of Neurological Disorders and Stroke was held at the NIH on The Research Status of Spinal Manipulative Therapy. 1 Papers were presented and discussed by the 116 participants. Basic scientists reviewed information about the status of research and research findings on the pathological spinal cord “nidus” fundamental to the clinical concepts on which manipulative therapy is based (i.e., chiropractic subluxation; osteopathic lesion; patho-physiological zone of neural hyperexcitability). Although focusing on the biology and therapy of back pain, there was discussion of other neuromuscular disorders and of visceral disorders in which manipulative therapy is used. The basic science studies presented were in anatomy, biochemistry, biomechanics, and neuroscience. Clinical investigators with chiropractic, osteopathic, and medical backgrounds presented papers on research findings from pathology, radiology, and clinical evaluations; the latter primarily observational studies.

Following this in-depth analysis of what was known at that time about spinal manipulative therapy and the principles on which it was founded, there was group discussion of what was not known and what needed to be known. Recommendations were made about research questions requiring targeted additional attention and the priority need for the establishment of research training opportunities in chiropractic and osteopathic professional schools. Basic and clinical investigators in medical schools commented that their laboratories were available for collaborative research training and research project endeavors for colleagues with chiropractic or osteopathic backgrounds.

Thus, a stage was set in 1975 for the further study of the broad area of manipulative (manual) therapy as an interdisciplinary and inter-professional collaborative research endeavor. Thirty years later, what are the products of that endeavor? The 2005 NCCAM Workshop will address that question.