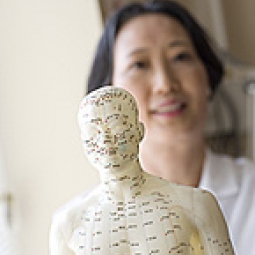 In a laboratory study, researchers found that electroacupuncture was able to affect a key stress response in rats—by blocking a sympathetic pathway that is stimulated during chronic stress. Electroacupuncture (acupuncture combined with electrical stimulation) has been proposed as a complementary therapy in the treatment of chronic stress in people; however, the existing data on its effectiveness and how it works are unclear. This study, funded in part by NCCAM, was published in the journal Experimental Biology and Medicine.

Researchers from Georgetown University Medical Center in Washington, D.C., assigned the study rats to a stress-only group; an electroacupuncture group (needles inserted in a specific point on the body designated in traditional Chinese medicine (TCM) as an acupoint for stress); a sham electroacupuncture group (needles inserted into a randomly designated non-TCM acupoint); or a control group. The researchers assessed the effectiveness of electroacupuncture before the initiation of stress as well as following the exposure to stress. The rats were exposed to a cold stress (placed in a 1 cm layer of crushed ice) for 1 hour a day over a period of 10 to 14 days.

These findings were consistent in both the pre- and post-assessment groups, suggesting that electroacupuncture at the TCM-designated acupoint is effective in preventing the rise of the stress response, whether given before or after the exposure to stress. More research is needed, but the researchers noted that electroacupuncture may be a helpful adjunct therapy for chronic stress-related disorders.