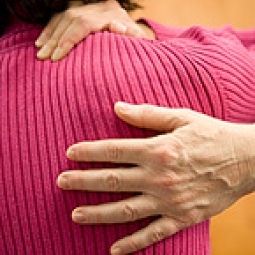 Spinal manipulation or home exercise was more effective than medication for treatment of acute to sub-acute neck pain, according to a recent NCCAM-funded study published in the Annals of Internal Medicine. Researchers from Northwestern Health Sciences University and the Minneapolis Medical Research Foundation randomly assigned 272 participants with neck pain, aged 18 to 65, to receive either spinal manipulation therapy, medication, or home exercise instruction.

In the study, spinal manipulation therapy consisted of various techniques, including spinal adjustments (low amplitude, high velocity) and mobilization (low velocity) of areas of the spine. Participants in the medication group received non-steroidal anti-inflammatory drugs, acetaminophen, or both; those who did not respond to these medications or could not tolerate them received narcotic medications. Home exercise with instruction focused on gentle self-controlled movement of the neck and shoulder joints, and participants were instructed to do the exercises six to eight times each day. In addition, participants in this group received two individualized hour-long sessions of one-on-one exercise instruction, as well as written directions for exercise at home.