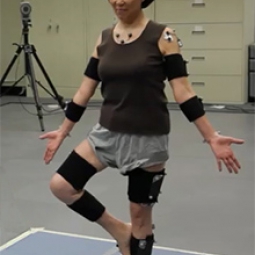 A recent NCCAM-funded study measured the physical demands associated with seven commonly practiced yoga poses in older adults. Findings from the study may be used to help design evidence-based yoga programs in which poses are chosen for the purpose of achieving a clinical goal (e.g., targeting specific joints or muscle groups or improving balance). The physical demands, efficacy, and safety of yoga for older adults have not been well studied, and older adults are at higher risk of developing musculoskeletal problems such as strains and sprains when doing yoga. The study was published in the journal BMC Complementary and Alternative Medicine.

Researchers from the University of Southern California’s Division of Biokinesiology and Physical Therapy and the University of California, Los Angeles used biomechanical methods to measure the physical demands of hatha yoga in 20 older adults (6 men and 14 women) over 32 weeks. A series of introductory poses was taught for the first 16 weeks, followed by 16 weeks of a series of intermediate poses. Participants attended two 60-minute yoga sessions each week.

The researchers placed reflective markers over various areas of the body and used instruments to track their positions during yoga poses. The researchers examined the lower-extremity physical demands (as measured by the “joint moments of force” and electromyography) during the performance of seven standing poses commonly taught in senior yoga classes: Chair, Wall Plank, Tree, Warrior II, Side Stretch, Crescent, and One-Legged Balance.

The researchers found that musculoskeletal demand varied significantly across the different poses. They noted that this study is a first step in the design of more tailored, evidence-based yoga programs that address individual-specific training and rehabilitation goals in seniors. Information derived from this study may help guide yoga instructors to select well-balanced poses, target a variety of functionally important muscle groups, and avoid overloading musculoskeletal structures. The researchers also suggested that future studies should test the clinical effectiveness of goal-specific yoga programs, and they should describe the physical demands of additional commonly used poses to help expand the current knowledge base and provide more options for the design of safe and effective yoga programs.