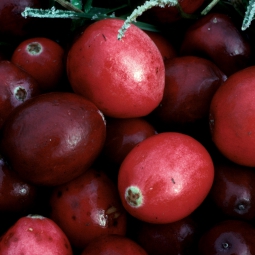 Drinking cranberry juice is no better than placebo for preventing the recurrence of urinary tract infections (UTIs), according to researchers at the University of Michigan. The study, supported by NCCAM and published in Clinical Infectious Diseases, was conducted among college-aged women, since they have the highest incidence of UTIs annually.

Participants (319 women with an average age of 21 years) had symptoms of an acute UTI. They were randomly assigned to drink either 8 ounces of cranberry juice cocktail (27 percent cranberry juice) or non-cranberry juice (placebo) twice a day for 6 months. Upon enrollment in the study, and at 3- and 6-month visits, participants provided urine specimens for analysis and completed questionnaires regarding symptoms of UTIs and other conditions, behavioral and risk factors associated with UTIs, diet, and medical history. Participants also completed online questionnaires at 1, 2, 4, and 5 months.

Although the recurrence rate of UTIs among participants was lower than the researchers expected (16.9 percent instead of 30 percent), results of the study showed that drinking 8 ounces of cranberry juice cocktail twice a day offered no better protection against the risk of recurring UTIs compared with placebo. Contrary to the researchers' expectations, the cranberry group had a slightly higher recurrence rate (19 percent vs. 15 percent) of UTIs.

The researchers noted that the findings from this study differ from previous studies in similar populations in which cranberry juice was shown to significantly reduce the recurrences of UTIs. However, they added that these previous studies were not adequately powered (i.e., unable to reliably detect a clinically significant effect if one exists).