NCCAM Researchers Investigate Effects of Cocoa in People With Hypertension 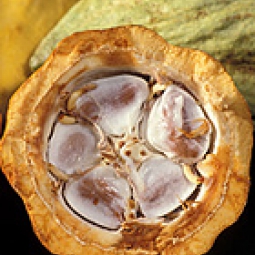 Essential hypertension—the common form of high blood pressure caused by poorly understood genetic and environmental factors—is characterized by both endothelial dysfunction (failure of artery linings to cause blood vessels to relax) and insulin resistance (impairment in the ability of insulin to promote utilization of sugar in the blood). Published laboratory studies and small clinical trials have suggested that cocoa, which is rich in flavanols, may benefit people with hypertension by causing blood vessels to relax, leading to reduction in blood pressure. However, these prior studies generally did not include a placebo in their design.

Researchers from the Diabetes Unit of NCCAM's Intramural Research Program recently conducted a rigorous randomized, placebo-controlled, double-blind, crossover trial to investigate the potential health benefits of cocoa to lower blood pressure, improve endothelial dysfunction, and/or lessen insulin resistance. In this study, 20 people with essential hypertension received either a flavanol-rich cocoa drink (450 mg flavanols) or a placebo drink (14 mg flavanols) twice daily for 2 weeks; they then switched groups to take either the placebo or cocoa for another 2 weeks. Participants were evaluated at the beginning and end of the first treatment period, and then re-evaluated after the second treatment period.

The study found that, when compared with placebo, cocoa had a small but statistically significant effect to increase insulin-stimulated changes in vasodilatation (ability of the artery walls to relax in response to insulin). However, cocoa consumption did not significantly reduce blood pressure, improve insulin resistance, or affect other measured biological parameters associated with hypertension (including pro-inflammatory biomarkers). The researchers concluded that daily consumption of flavanol-rich cocoa for 2 weeks is not sufficient to lower blood pressure or improve insulin resistance in people with essential hypertension. These findings do not rule out the possibility, however, that cocoa may be beneficial if it is consumed for a longer period of time or is used by people with more severe hypertension. Further studies are needed to determine whether this is the case.