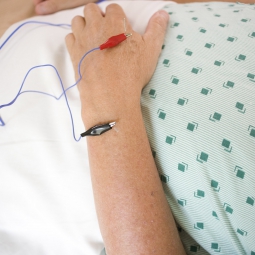 Alcohol and drug addiction pose serious medical, social, and economic problems in the United States. However, finding effective treatments for addiction is challenging. Many people relapse due to intense cravings and/or painful withdrawal symptoms. Electroacupuncture (acupuncture combined with electrical stimulation) is currently being studied as a possible treatment option, and preliminary evidence suggests that electroacupuncture can counteract addiction by affecting related chemicals (opiates) in the brain.