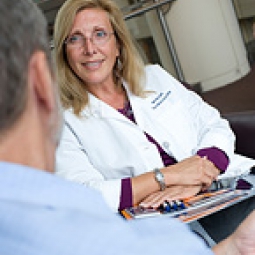 In an initial investigation of the potential for information from CAM research to influence clinical practice, a 2007 national survey asked acupuncturists, naturopaths, internists, and rheumatologists about their awareness of CAM clinical trials, their ability to interpret research results, and their use of research evidence in decisionmaking. The survey was conducted by researchers affiliated with the National Institutes of Health, the Mayo Clinic, the University of Chicago, Harvard Medical School, and the University of Massachusetts. The survey focused on awareness of two major NCCAM-funded clinical trials that studied acupuncture or glucosamine/chondroitin for osteoarthritis of the knee.

The survey team concluded that CAM research has the potential to make a difference in both conventional and alternative medicine clinical practice. They recommend concerted efforts to better train all clinicians in interpretation and use of evidence from research studies, and to improve the dissemination of research results.