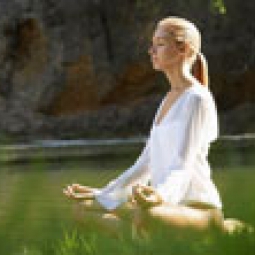 A recent study found that Transcendental Meditation (TM) helped college students decrease psychological distress and increase coping ability. For a group of students at high risk for developing hypertension, these changes also were associated with decreases in blood pressure. This could be good news for the many students experiencing academic, financial, and social pressures that can lead to psychological distress—especially in light of evidence that college-age people with even slightly elevated blood pressure are three times more likely to develop hypertension within 30 years.

Funded in part by NCCIH, researchers from Maharishi University of Management and American University studied 298 students from American University and other schools in the Washington, D.C., area. The researchers randomly assigned students to a TM group or a control (wait-list) group. They also created a high-risk subgroup, based on blood pressure readings, family history, and weight. The TM group received a seven-step course in TM techniques, with invitations to attend refresher meetings, and kept track of how often they practiced TM. At the beginning of the study and after 3 months, researchers tested all participants for blood pressure and psychological measures. The researchers noted that 30 percent of the participants dropped out before the end of the study.

According to the researchers, these findings suggest that young adults at risk of developing hypertension may be able to reduce that risk by practicing TM. The researchers recommend that future studies of TM in college students evaluate long-term effects on blood pressure and psychological distress.