St. John's Wort Shows No Impact on the Symptoms of ADHD 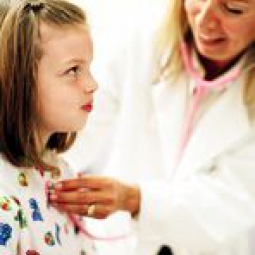 According to the National Institute of Mental Health at NIH, Attention Deficit Hyperactivity Disorder (ADHD) affects 3 to 5 percent of children in the United States and it is one of the most common mental disorders that develop in children. NIMH states that children with ADHD have impaired functioning in multiple settings, including home, school, and in relationships with peers. Children with chronic conditions like ADHD are reported to have higher rates of complementary and alternative medicine use and may turn to dietary and herbal supplements such as St. John's wort. However, according to authors of a new NCCAM-funded study, St. John's wort does not appear to have an impact on the symptoms of ADHD in children and adolescents.

Researchers at Bastyr University conducted an 8-week randomized, placebo-controlled, double-blind trial of St. John's wort among a volunteer sample of 54 children aged 6 to17 years with ADHD. Participants were randomly assigned to receive 300 mg of Hypericum perforatum (St. John's wort) standardized to 0.3 percent hypericin—an active ingredient in St. John's wort—or placebo 3 times daily for 8 weeks. The participants were evaluated for changes in inattentiveness and hyperactivity from baseline at weeks 1, 2, 4, 6, and 8.

While symptom improvement was noted in both the treatment and the placebo groups, the data suggest that St. John's wort had no additional benefit beyond that of placebo for treating symptoms of ADHD.