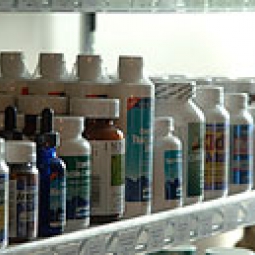 About 47 million Americans have some form of metabolic syndrome—a group of conditions that increase the risk of diabetes, heart disease, and related complications. Metabolic syndrome is often characterized by abdominal obesity, impaired fasting glucose (an increase in glucose levels), elevated blood pressure, and high cholesterol and triglycerides. It is also associated with insulin resistance, a condition in which the body cannot use insulin effectively. Previous studies have suggested that chromium picolinate dietary supplements can help people with type 2 diabetes by improving insulin resistance and increasing the body’s sensitivity to insulin. However, its effects on people with a high risk for developing type 2 diabetes, especially those with metabolic syndrome, are largely unknown.

NCCAM-funded researchers at the University of Pennsylvania conducted a clinical trial to investigate the effects of chromium picolinate on glucose metabolism in obese adults with metabolic syndrome. Sixty-three people, age 18 to 75, were randomly assigned to receive either a 500-ug capsule of chromium picolinate or a placebo, twice a day for 16 weeks. During the trial, the researchers looked primarily for improvement in insulin sensitivity, and also for changes in other measurements of glucose metabolism (e.g., insulin secretion), oxidative stress, fasting lipid serums (cholesterol and triglycerides), body weight, and inflammation markers. Sixty participants completed the study.