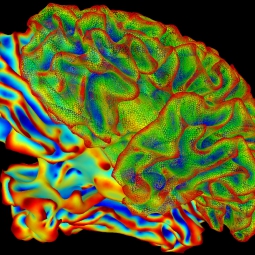 Regular and long-term practice of yoga may improve pain tolerance, according to a recent study. Findings from the study also show that yoga practitioners have more gray matter in multiple brain regions compared with individually matched people who did not practice yoga. The study, supported in part by NCCAM, was published in the journal Cerebral Cortex.

Researchers recruited 14 experienced yoga practitioners, as well as 14 people who did not practice any mind-body techniques (individually matched for sex, age, body mass index, left/right handedness, education, and exercise level other than yoga). Participants underwent a cold pain tolerance test—they immersed a hand in cold water until they could no longer tolerate the pain. Researchers then asked participants about strategies they used to tolerate the pain. The researchers also conducted brain imaging scans to examine the structural differences in gray matter and white matter between the yoga practitioner group and the control group.

The researchers noted that because of the cross-sectional nature of this study, no definitive causal conclusions can be made. However, based on the findings, the researchers suggest that regular, long-term yoga practice may equip individuals with tools to deal with sensory inputs and the potential emotional reactions attached to those inputs, which may lead to structural changes in brain anatomy and connectivity.