Study Examines the Placebo Response in Patients With Asthma 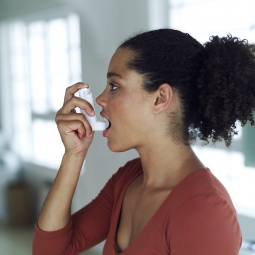 A recent study sheds light on the placebo's effect on subjective and objective outcome measures in clinical trials. The study, published in The New England Journal of Medicine, was conducted by researchers at Harvard Medical School in Boston; Endicott College in Beverly, Massachusetts; and the University of Hull in the United Kingdom.

The placebo response can be defined as the benefit patients receive from a treatment that has no active components. Clinical trials often include comparison of a treatment to a placebo, so that the true and specific value of the treatment can be accurately measured compared to the placebo effect. This is particularly important in clinical trials measuring subjective patient-reported outcomes, which, in general, are more strongly affected by the placebo response.

There are many questions about the mechanisms by which placebos operate, their role in clinical practice, whether they can—or can ethically—be employed intentionally to improve patient outcomes, and their effects on subjective and objective outcome measures in clinical trials.

This double-blind, crossover, pilot study examined 39 patients with chronic asthma who were assigned to receive each of four treatments: an albuterol inhaler (the active treatment), a placebo inhaler, sham acupuncture (another placebo), and no intervention. (Sham acupuncture is like actual acupuncture, but without skin penetration.) All patients received each of the three interventions plus a no intervention session, in random order, 3 to 7 days apart. This pattern was repeated 2 more times for a total of 12 visits by each patient. At each visit, lung function tests were administered and patients’ self-reported symptom ratings were recorded. Lung function was assessed by measuring lung capacity as maximum forced expiratory volume in 1 second.

At the conclusion of the study, data showed that only treatment with the albuterol inhaler improved lung function. Lung function did not improve with either of the placebo treatments or after the no intervention visit. However, patients’ self-reports on their symptoms showed significant and approximately equal improvement with albuterol, the placebo inhaler, or the sham acupuncture.

While this study documents beneficial effects of placebo on asthma patients’ symptoms (e.g., chest tightness and a perception of difficulty breathing), it also documents the lack of effect of placebo on the restricted movement of air out of the lungs, which is responsible for many potentially serious or life-threatening consequences of untreated asthma. The goals of treatment of asthma are both to improve lung function and to relieve the symptomatic distress caused by the restricted movement of air. As the investigators note, self-reports of improvement as a measure of successful treatment can be unreliable in assessing treatment success. The study also illustrates how inclusion of a no intervention control can be helpful in discerning the contributions of different components of an intervention.