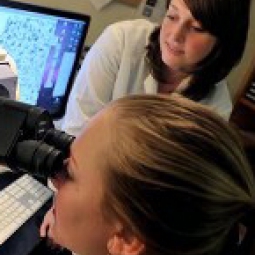 A new study has provided the first evidence that omega‑3 fatty acids of the types found in fish oils may reduce anxiety in healthy people who have not been diagnosed with an anxiety disorder. Omega‑3 fatty acids also reduced inflammation in the study participants but did not affect depressive symptoms.

In this double-blind study, which was partly supported by NCCAM, researchers from Ohio State University gave 68 healthy young medical students (38 men, 30 women) a fish oil supplement containing omega‑3 fatty acids or an inactive placebo for 12 weeks. On several occasions, either on the day before a major exam or during lower-stress periods, the study participants provided blood samples and completed standard questionnaires that measured symptoms of anxiety and depression. The blood was tested for levels of substances indicating inflammation.

Anxiety symptoms were 20 percent lower and levels of a blood marker of inflammation (lipopolysaccharide-stimulated interleukin‑6 production) were 14 percent lower in the students taking fish oil than in those taking the placebo, but depressive symptoms did not differ between the two groups. The researchers could not assess effects of exam-related stress because the students did not show significantly higher levels of anxiety, depression, or inflammation before exams than at other times.

The results of this study suggest that increased intakes of omega‑3 fatty acids could be beneficial for young, healthy people by reducing anxiety symptoms and inflammation, a process that plays a role in many diseases. The lack of an effect on depression is consistent with a recent combined analysis of earlier trials, which concluded that omega‑3 fatty acids may reduce depressive symptoms in clinically depressed people but not in those with less severe depressed moods.