The Placebo Response Occurs Outside of Conscious Awareness, Study Finds 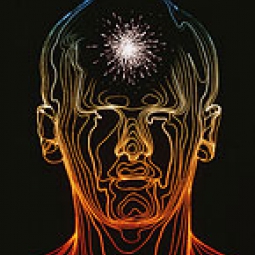 A new study demonstrates that the placebo and nocebo responses to pain may be activated by subliminal cues, thought to occur outside of a person’s conscious awareness. Placebo and nocebo responses are the clinical change in a patient’s condition after a treatment that has no active components. A placebo has a beneficial effect on the patient; a nocebo has a negative one. Researchers have long believed that placebo and nocebo responses are associated with a person’s conscious thoughts, beliefs, or expectations of outcomes. However, this study builds on the growing evidence suggesting that these responses can be triggered by cues that are not consciously perceived. The study was funded in part by NCCAM and is published in the journal Proceedings of the National Academy of Sciences.

Clinical trials often include comparison of a treatment to a placebo, so that the true and specific value of the treatment can be accurately measured compared to the effect of the placebo. This is particularly important in clinical trials measuring subjective patient-reported outcomes, which, in general, are more strongly affected by the placebo response. There are many questions about the mechanisms by which placebos operate, their role in clinical practice, whether they can—or can ethically—be employed intentionally to improve patient outcomes, and their effects on subjective and objective outcome measures in clinical trials.

In this study, researchers conducted two experiments on a total of 40 healthy participants. Both experiments began with a conditioning (or introductory) phase in which researchers administered a series of rapid high and low heat stimuli to participants’ forearms, while showing pictures of men’s facial expressions of either mild discomfort or severe pain that corresponded with the stimuli. In the first experiment, the researchers again administered heat stimuli to the participants’ arms while showing them pictures of men’s faces–but this time, the stimuli were at a constant moderate temperature throughout the experiment. Participants were told that each picture is paired with a pain stimulus on their arms, and they were asked to rate the level of pain they felt using a scale of 0 to 100 (0 = no pain, and 100 = worst imaginable pain). Although the heat stimuli were constant, when participants were shown the facial expression of high pain, they rated their own pain levels at almost three times higher than when they were shown facial expressions of low pain.

In the second experiment, the researchers repeated the test on a separate group of participants, but showed the images for a much shorter time so that the participants were not able to consciously recognize the expressions. Despite this, the participants’ pain scores still correlated with the “high” and “low” pain images.

According to the researchers, these findings suggest that health-related responses can be triggered by cues that are not consciously perceived, not only for pain, but for other medical conditions that have had demonstrated significant placebo effects. They also noted that future studies will show whether these findings can be translated into a clinical setting, where nonconscious effects on health-related behavior and treatment outcomes could be further validated. One assumption is that a practitioner could be exhibiting similar subliminal cues that might affect the outcome of treatment.