Half of Surveyed Physicians Use Placebo Treatments for Patients 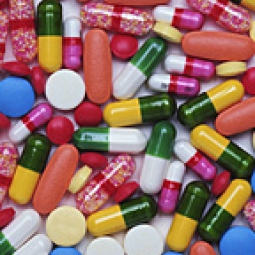 Treating patients with placebos has a long, complicated, and often controversial history. Nonetheless, little is actually known about U.S. physicians' current attitudes toward and use of placebo treatments. A recent national survey of 679 physicians, funded in part by NCCAM, found that about half the physician respondents prescribed placebo treatments on a regular basis. Most (62%) said they think the practice is ethical. The surveyed physicians were internists and rheumatologists—specialties that commonly treat patients with debilitating chronic conditions.

For the purposes of this survey, placebo was defined as a treatment physicians recommend because they think a patient will benefit from positive expectations, not because they think the treatment will have a physiological effect on the patient's particular condition. Among physicians who prescribed placebos, few said they used inert treatments such as saline injections or sugar pills; they were more likely to recommend over-the-counter analgesics (41%) or vitamins (38%), and some used antibiotics (13%) or sedatives (13%) as placebos.

The survey also found that the physicians who used placebos rarely described them as such to patients. Instead, physicians most commonly described the treatments as medicine that is not typically used for the patient's condition but that might be beneficial.

The researchers who conducted the survey discuss several aspects of the complex relationship between placebo use and physicians' traditional role in promoting positive expectations in their patients. The researchers also raise important concerns about the use of “active” placebos, particularly antibiotics and sedatives, when they are not medically indicated, and note that prescribing placebo treatments remains an appropriate topic for ethical and policy debates.