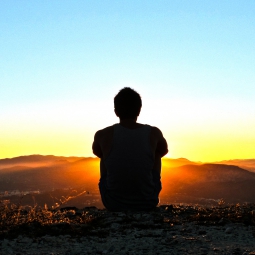 Results of an NCCAM-funded study suggest that 8 weeks of meditation may have an effect on brain function that persists even when someone is not meditating. Some differences in effect were seen between two types of meditation. Evidence from past research suggests that meditation can change how the brain responds to emotion, anxiety, depression, and stress. One question has been whether beneficial brain changes observed in people who meditate persist even when they are not meditating. The current study was published in the journal Frontiers in Human Neuroscience.

The participants, a subset of those enrolled in a larger meditation study, were 36 healthy adults aged 25 to 55 years with no previous meditation experience. Each was randomly assigned to one of three interventions and also received brain scanning with functional magnetic resonance imaging (fMRI). The first intervention was a program of mindful-attention training, a practice intended to enhance mindful awareness of one’s internal state and outer environment. The second was a form of compassion meditation, which is intended to cultivate higher levels of compassion toward oneself and others. The third was an active control, a health education group. Each group met 2 hours weekly for 8 weeks. Meditation trainees were also asked to meditate about 20 minutes per day outside class.

Participants underwent brain fMRI once before the start of their training or education and once within three weeks of its end. In each session, they were scanned while they viewed a series of 108 images having various emotional content—either positive, neutral, or negative—and while they were not meditating. All images depicted human situations, with the negative ones depicting human suffering. Scanning results showed that, after training, the mindful-attention group showed decreased activation of the right amygdala (an almond-shaped structure deep in the brain that has a key role in emotion, memory, and attention) in response to all types of images. The compassion meditation group had a trend toward increased activation in response to negative images. The control group had no significant changes in the right amygdala.

Participants also completed questionnaires on depression and anxiety before and after their training. In the compassion meditation group only, increased amygdala activation correlated with decreased depression scores; therefore, the authors suggest that the lower depression score might be explained by an increased capacity for compassion after undergoing this training. The authors noted the need for further research in a larger study, in particular to examine the effects over time of meditation training on other parts of the brain involved in emotional and attentional processes.