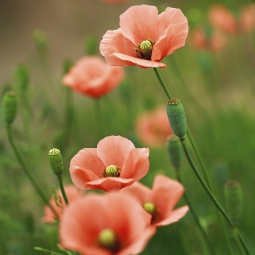 New research, funded in part by NCCAM, suggests that yeast can be genetically modified to “brew” morphine and other opioid drugs, such as hydromorphone, hydrocodone, and oxycodone. The researchers, from Stanford University, published their findings in a recent issue of the journal Nature Chemical Biology.

Opioid drugs are derived from the opium poppy plant. Their production can involve many challenges: susceptibility of the plants to climate and disease, one annual growing season, the need for chemical processing, and social/political factors related to illicit use. Genetically engineering the plants can be slow and demanding due to long generation times, lack of a genome map, and limited tools for genetic manipulation. Turning microbes into miniature factories, the researchers say, provides an alternative strategy for producing opioids.

Building on previous work using the yeast Saccharomyces cerevisiae, the researchers devised a strategy to develop opioid-generating pathways within the microorganisms. They describe how they added genes from the opium poppy plant (Papaver somniferum) and a bacterium (Pseudomonas putida) to yeast to produce target opioids.

However, the current process requires the compound thebaine as the starting material for producing the opioids. The authors hope to develop yeast strains that can produce the drugs from simple sugars instead. This and other key challenges—such as increasing the amount of chemical produced and preventing unproductive side reactions from occurring—remain in developing yeast (and processes) that can achieve industrial-scale microbial opioid production. The research demonstrates the potential for developing a sustainable and secure yeast biomanufacturing platform for opioids.