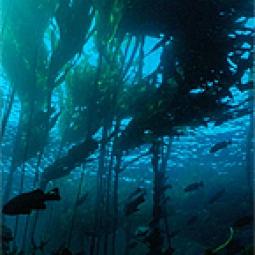 In a recent laboratory study, a fatty acid from seaweed reduced the ability of HIV‑1 viruses to enter immune system cells. The study was reported in the journal AIDS Research and Human Retroviruses. Drug-resistant strains of HIV‑1 have been on the rise, prompting the need for new therapeutic agents. Previous studies have demonstrated that products derived from natural sources have the potential to inhibit HIV‑1 infection. In this laboratory study, researchers evaluated palmitic acid (from Sargassum fusiforme, a type of seaweed that grows off the coasts of Japan and China) to see if palmitic acid reduced the ability of HIV‑1 viruses to enter CD4+ T‑cells (white blood cells that are HIV‑1’s main target).

Palmitic acid blocked both X4‑tropic and R5‑tropic viruses, the HIV viruses that use a particular receptor (X4 or R5) to enter a cell. In addition, the study’s findings showed that palmitic acid protected other cells against HIV‑1, reducing X4 infection in primary peripheral blood lymphocytes and R5 infection in primary macrophages (white blood cells). In all cases, the extent of the blocking effect depended on the concentration of palmitic acid, and most cells remained viable (alive) after treatment.

The researchers noted that understanding the relationship between palmitic acid and CD4 may lead to development of an effective microbicide product for preventing sexual transmission of HIV.