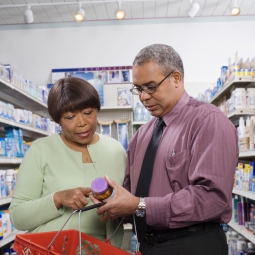 At the start of a new year, many people look for complementary health approaches—often natural products—to help improve their overall health and well-being and prevent disease. There is a preponderance of natural products sold as dietary supplements that make these claims; however, there is often little to no evidence to support their use. This issue of the digest busts common myths about natural products marketed to promote health and wellness and prevent disease (e.g., improving sleep, reducing stress, preventing colds, and preventing heart disease), as well as provides a summary of evidence of other complementary health approaches that have the potential for beneficial effects.

Condition and Myths and Facts

Myth: Herbs such as valerian, chamomile, and kava are effective for insomnia.

Fact: Various herbs such as valerian, chamomile, and kava, and homeopathic medicines sometimes used as sleep aids have not been shown to be effective for insomnia, and important safety concerns have been raised about a few.

However, there is evidence to suggest that using relaxation techniques, such as progressive relaxation, guided imagery, biofeedback, or deep breathing exercises, before bedtime can be helpful components of a successful strategy to improve sleep habits. Current evidence also suggests that melatonin may be useful in treating several sleep disorders, including jet lag, delayed sleep phase disorder, and sleep problems related to shift work.

Fact: There are very few studies of passionflower conducted in people and therefore insufficient evidence to determine whether passionflower is efficacious for any condition.

However, there is some scientific evidence to date that suggests mindfulness meditation—a mind and body practice which cultivates abilities to maintain focused and clear attention, and develop increased awareness of the present—may help reduce symptoms of stress, including anxiety and depression. Results from a small body of research suggest that yoga may also affect stress and anxiety symptoms.

Myth: A daily dose of vitamin C supplementation will prevent the onset of the common cold.

Fact: Several reviews have concluded that prophylactic vitamin C does not reduce the incidence of colds in the general population, but may be useful for people exposed to brief periods of severe physical exercise (e.g., marathon runners, skiers, and soldiers training in subarctic conditions).

Read what we know about vitamin C for preventing colds

Read what we know about garlic for preventing heart disease

Myth: Turmeric (curcumin) and Ginkgo biloba supplements can prevent the onset of dementia and Alzheimer’s disease in people.

Fact: Although there is some evidence in laboratory studies that curcumin may affect brain function and the development of dementia, these results have not been demonstrated in clinical trials. In several large clinical trials, Ginkgo biloba has been shown to be ineffective in reducing either the overall incidence rate of dementia or Alzheimer’s disease incidence.