Mindfulness Meditation Is Associated With Structural Changes in the Brain 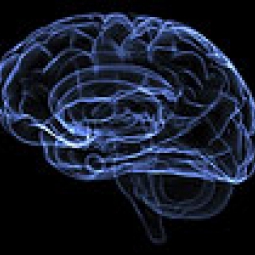 According to a recent study, practicing mindfulness meditation appears to be associated with measurable changes in the brain regions involved in memory, learning, and emotion. Mindfulness meditation focuses attention on breathing to develop increased awareness of the present. Previous research has demonstrated that mindfulness meditation may reduce symptoms of anxiety, depression, and chronic pain, but little is known about its effects on the brain. The focus of the current study—published in the journal Psychiatry Research: Neuroimaging—was to identify brain regions that changed in participants enrolled in an 8-week mindfulness-based stress reduction program.

In this study, researchers from Massachusetts General Hospital, Bender Institute of Neuroimaging in Germany, and the University of Massachusetts Medical School, took magnetic resonance images of the brains of 16 participants 2 weeks before and after they joined the meditation program. (Participants were physician- and self-referred individuals seeking stress reduction.) Researchers also took brain images of a control group of 17 non-meditators over a similar time period. Participants in the meditation group attended weekly sessions that included mindfulness training exercises and received audio recordings for guided meditation practice at home. They also kept track of how much time they practiced each day. Members of both groups completed a questionnaire, before and after joining the group, which measured five aspects of mindfulness: observing, describing, acting with awareness, non-judging of inner experience, and non-reactivity to inner experience.

Brain images in the meditation group revealed increases in gray matter concentration in the left hippocampus. The hippocampus is an area of the brain involved in learning, memory, and emotional control, and is suspected of playing a role in producing some of the positive effects of meditation. Gray matter also increased in four other brain regions (though not in the insula, a region that has shown changes in other meditation studies) in the meditation group. Responses to the questionnaire indicated improvements in three of the five aspects of mindfulness in the meditators, but not the control group.

The researchers concluded that these findings may represent an underlying brain mechanism associated with mindfulness-based improvements in mental health. Additional studies are needed to determine the associations between specific types of brain change and behavioral mechanisms thought to improve a variety of disorders.