Aromatherapy May Make Good Scents, But Does It Work? 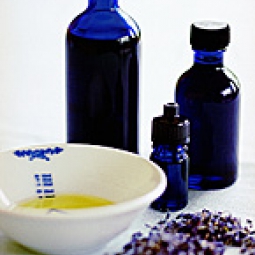 An investigation on how aromatherapy affects health failed to show any improvement in immune status, wound healing, or pain control among people exposed to two scents. But results of the randomized controlled trial, published in the journal Psychoneuroendocrinology, did show that lemon (considered to be a stimulant) appeared to enhance mood, while lavender (thought to be a relaxant) had no effect on mood.

Researchers from Ohio State University assembled a group of 56 men and women aged 18 to 43. Participants were exposed to the scent of lavender, the scent of lemon, and no scent (placebo) before and after a stress event (applying tape to skin and removing it, and immersing feet in icy water) during three separate visits. Some of the participants were not given any information about the scents they would smell, while others where told what scents they would smell and what outcomes to expect. The researchers analyzed the participants’ blood samples for the presence of stress indicators (such as norepinephrine and cortisol) and biochemical markers that indicate immune system changes (such as interleukin-6 and interleukin-10). The researchers also assessed mood through various psychological tests.

Findings from the study showed that neither lavender nor lemon scents affected participants’ heart rate, blood pressure, wound healing, pain ratings, or levels of interleukin-6 or interleukin-10. However, with lemon, blood levels of norepinephrine remained elevated following immersion in ice water; levels of the stress hormone declined to pre-stressor levels in response to the smell of lavender or distilled water.

Self-reports and three other mood assessment tests showed that lemon scent had a positive effect on mood regardless of expectancies or previous use of aromatherapy. In contrast, these indicators showed that lavender’s effects on mood were no better than water on some tests. The researchers concluded that neither scent appeared to offer any other health-related benefit.