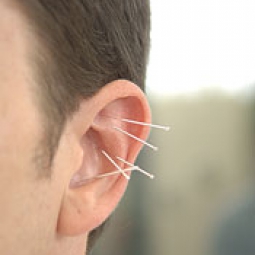 A pilot study shows that acupuncture may help people with posttraumatic stress disorder. Posttraumatic stress disorder (PTSD) is an anxiety disorder that can develop after exposure to a terrifying event or ordeal in which grave physical harm occurred or was threatened. Traumatic events that may trigger PTSD include violent personal assaults, natural or human-caused disasters, accidents, or military combat.

Michael Hollifield, M.D., and colleagues conducted a clinical trial examining the effect of acupuncture on the symptoms of PTSD. The researchers analyzed depression, anxiety, and impairment in 73 people with a diagnosis of PTSD. The participants were assigned to receive either acupuncture or group cognitive-behavioral therapy over 12 weeks, or were assigned to a wait-list as part of the control group. The people in the control group were offered treatment or referral for treatment at the end of their participation.

The researchers found that acupuncture provided treatment effects similar to group cognitive-behavioral therapy; both interventions were superior to the control group. Additionally, treatment effects of both the acupuncture and the group therapy were maintained for 3 months after the end of treatment.

The limitations of the study are consistent with preliminary research. For example, this study had a small group of participants that lacked diversity, and the results do not account for outside factors that may have affected the treatments' results.