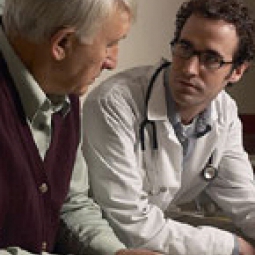 Before the onset of menopause, women have significantly lower rates of high blood pressure and cardiovascular disease compared with men. However, after menopause, the rates of these diseases in women increase dramatically and approximate those in men. The decrease in estrogen at menopause is considered the main reason for this change.

Postmenopausal hormone therapy (HT) was a popular treatment for women before studies indicated that it could cause serious adverse effects. Botanical dietary supplements are of interest as potential alternatives to HT for relieving menopausal symptoms such as hot flashes and may contribute to preventing some symptoms often associated with aging.

To evaluate the effectiveness of botanicals in relation to conditions such as high blood pressure, cardiovascular disease, cognitive decline, insulin resistance, and excess fats in the blood, NCCAM-funded researchers at the University of Alabama at Birmingham conducted a literature review and examined studies from their own laboratory. The researchers looked at effects of dietary soy; soy isoflavones (daidzein and genistein); grape seed extract, which has a high concentration of polyphenols; and puerarin, an isoflavone found in kudzu. (Some isoflavones may be able to mimic functions of estrogen; when these chemicals are made by plants, they are called phytoestrogens.)

The literature review found that soy seemed to lower blood pressure in men and postmenopausal women, help protect against cardiovascular diseases (including heart disease and atherosclerosis), and benefit people with diabetes. The researchers' own animal studies found that soy isoflavones protected against salt-sensitive hypertension in male rats and in female rats whose ovaries had been removed (OVX); grape seed extract reduced blood pressure and improved cognitive functioning in OVX female rats; and puerarin improved glucose control in male mice. (In considering human and animal studies of soy isoflavones, it is important to note that results can be affected by a number of factors. For example, because soy isoflavones are so common, it is difficult to control for level of intake.)

The researchers concluded that the botanical compounds reviewed appear to have beneficial effects in animal models of disease (soy also has shown benefits in humans), and that the compounds may be more effective in relation to cardiovascular, metabolic, and cognitive function than for menopausal symptoms. They recommended that the compounds' safety and mechanisms of action should be carefully tested in the context of the disease status of potential users.