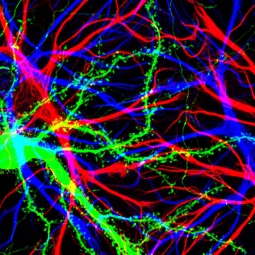 Multiple sclerosis (MS) is a disease of the central nervous system. In MS the body’s immune system attacks myelin, which coats nerve cells. Symptoms of MS include muscle weakness (often in the hands and legs), tingling and burning sensations, numbness, chronic pain, coordination and balance problems, fatigue, vision problems, and difficulty with bladder control. People with MS also may feel depressed and have trouble thinking clearly.

MS is the most common disabling neurological disease affecting young adults. It generally strikes people aged 20–40 and more commonly affects women. It affects some 400,000 Americans, and about 2.5 million people worldwide. The most common form of the disease is called relapsing-remitting MS, in which symptoms come and go.

Although MS has no cure, some conventional treatments can improve symptoms, reduce the number and severity of relapses, and delay the disease’s progression. Many people with MS try some form of complementary health approach, often special diets (such as the Swank diet, which is low in saturated fats and high in polyunsaturated fatty acids, such as fish oils) and dietary supplements.

Some complementary health practices, like yoga or tai chi, may help ease some symptoms of MS. There’s no evidence that any dietary supplement is effective for MS.

For more information on MS, please see the National Institute of Neurological Disorders and Stroke Web site, as well as the information available on MedlinePlus.