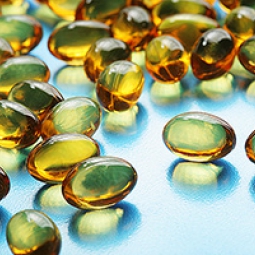 There has been a substantial amount of research on omega-3 supplements and heart disease. Experts agree that seafood rich in omega-3 fatty acids should be included in a heart-healthy diet. However, omega-3s in supplement form have not been shown to protect against heart disease.

A Diet Rich in Seafood

Many studies have evaluated the effects of omega-3 supplements on heart disease risk. In these studies, researchers compared the number of cardiovascular events (such as heart attacks or strokes), or the number of deaths in people who were given omega-3 supplements with those in people who were given inactive substances (placebos) or standard care.

What We Know About Eating Seafood and Prevention of Heart Disease

Diseases of the Brain and the Eye

Research on omega-3 fatty acids and diseases of the brain and eye are ongoing, but currently there is not enough evidence to draw conclusions about the effectiveness of omega-3s for these conditions.

DHA plays important roles in the functioning of the brain and the eye. Researchers are actively investigating the possible benefits of omega-3 fatty acids in preventing or treating a variety of brain- and eye-related conditions, including the following: