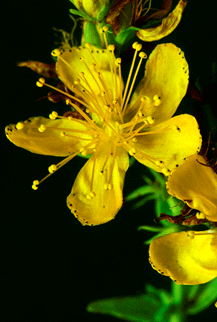 How much do we know about St. John’s wort for depression?

What do we know about the effectiveness of St. John’s wort for depression?

What do we know about the safety of St. John’s wort for depression?

Depression (major depressive disorder or clinical depression) is a common but serious mood disorder. It causes severe symptoms that affect how you feel, think, and handle daily activities, such as sleeping, eating, or working. In 2015, almost 7 percent of U.S. adults had at least one episode of major depression in the past year. Symptoms of depression vary but can include

What the Science Says About the Effectiveness of St.  John’s Wort for  Depression

The results of studies on the effectiveness of St. John’s wort for depression are mixed.

What the Science Says About the Safety and Side Effects of St. John’s Wort for Depression

The National Institute of Mental Health’s mission is to transform the understanding and treatment of mental illnesses through basic and clinical research, paving the way for prevention, recovery, and cure.

NIH Clinical Research Trials and You

NCCIH has provided this material for your information. It is not intended to substitute for the medical expertise and advice of your health care provider(s). We encourage you to discuss any decisions about treatment or care with your health care provider. The mention of any product, service, or therapy is not an endorsement by NCCIH.
NCCIH Pub No.:
D005
Last Updated:
December 2017